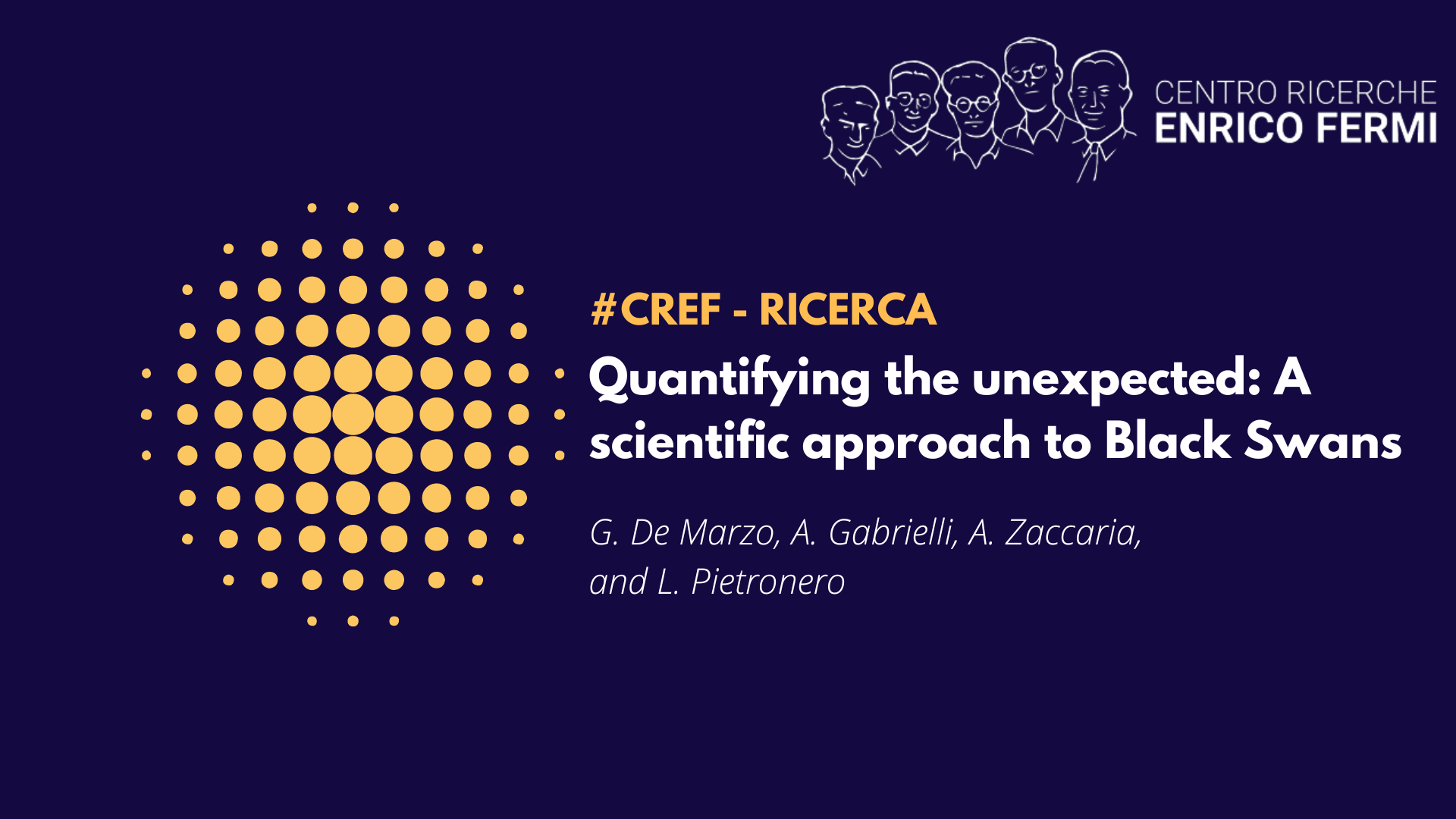 Quantifying the unexpected: A scientific approach to Black Swans

Nassim Taleb introduced Black Swans to describe events that are unexpected, unpredictable, and characterized by extreme consequences. Examples of such events are World War I and the 9/11 terrorist attacks. Since the work of Taleb, the media tend to abuse the term. During the Covid19 pandemic, many public institutions and journals referred to the virus as a Black Swan. However, the pandemic was not an unexpected event because many antecedent studies pointed out this possibility. This abuse of terminology mirrors the absence of a scientific theory of Black Swans, which is often discussed only from a qualitative point of view.

In a paper published in  Physical Review Research, researchers  G. De Marzo(1,4,5), A. Gabrielli(1,2,3), A. Zaccaria(2,1), and L. Pietronero (1,2,4) addressed the challenging task of developing a scientifically grounded and quantitative approach to Black Swans.

This step is significant since major unexpected events are becoming the rule rather than the exception in our interconnected and complex world.

Researchers identified the mathematical ingredients needed for producing Black Swans as the presence of an inherent power law distribution and a jump dynamics of its upper cutoff. After an appropriate analysis, they defined a parameter capable of objectively quantifying the degree of an event’s unexpectedness: Blackness.

They analyzed several social and natural events using Blackness, determining if they were Black Swans, Grey Swans, or White Swans. They confirmed quantitatively that World War I and 9/11 attacks were Black Swan, while World War II and 1987 Black Monday were not.

Finally, they applied these techniques to possible future events, determining how large they should be to classify  as “unexpected.” For example, a pandemic should kill almost 6 billion people to be a Black Swan, while no fluctuation of the Dow Jones index, no matter how large, could be unexpected.
These results enlarge the concept of Black Swan from the realm of popular vagueness to a scientific framework. The importance of such an achievement doesn’t concern only scientists since policymakers and mass media massively use the idea of Black Swan. In this respect, our scientific grounded approach would make the discussion about extreme events way more transparent and objective, avoiding the confusion and mistakes which followed, for instance, the Covid19 outbreak. Policymakers and institutions can sometimes invoke the concept of Black Swan to elude responsibilities.