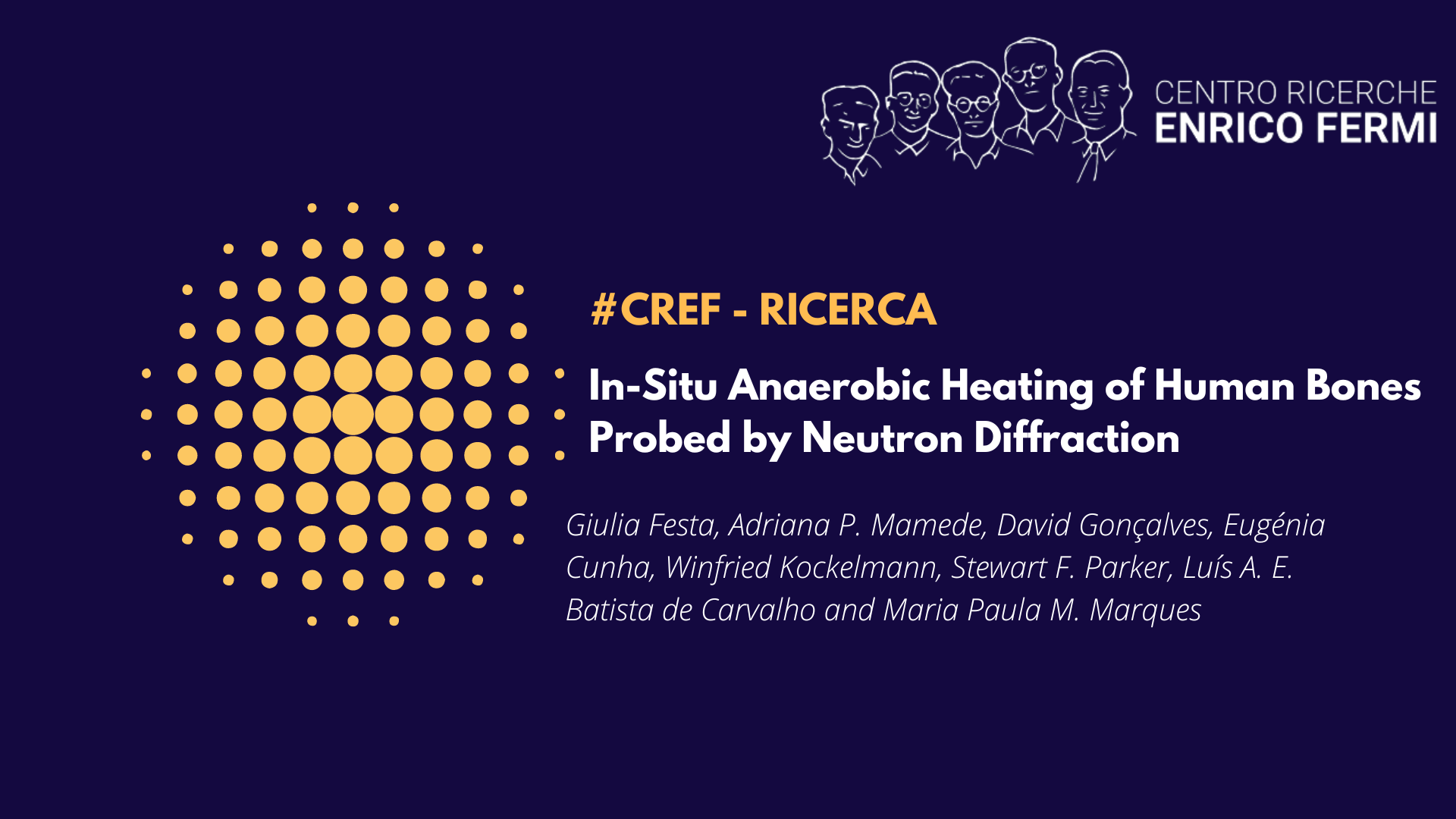 The first neutron diffraction study of in-situ anaerobic burning of human bones is reported, aiming at an interpretation of heat-induced changes in bone, which were previously detected by vibrational spectroscopy, including inelastic neutron scattering techniques. Structural and crystallinity variations were monitored in samples of the human femur and tibia, as well as reference hydroxyapatite, upon heating under anaerobic conditions. Information on the structural reorganization of the bone matrix as a function of temperature, from room temperature to 1000 °C, was achieved. Noticeable crystallographic and domain size variations, together with O–H bond lengths and background variations, were detected. Above 700 °C, the inorganic bone matrix became highly symmetric, devoid of carbonates and organic constituents, while for the lower temperature range (<700 °C), a considerably lower crystallinity was observed. The present pilot study is expected to contribute to a better understanding of the heat-prompted changes in bone, which can be taken as biomarkers of the burning temperature. This information is paramount for bone analysis in forensic science as well as in archeology and may also have useful applications in other biomaterial studies.