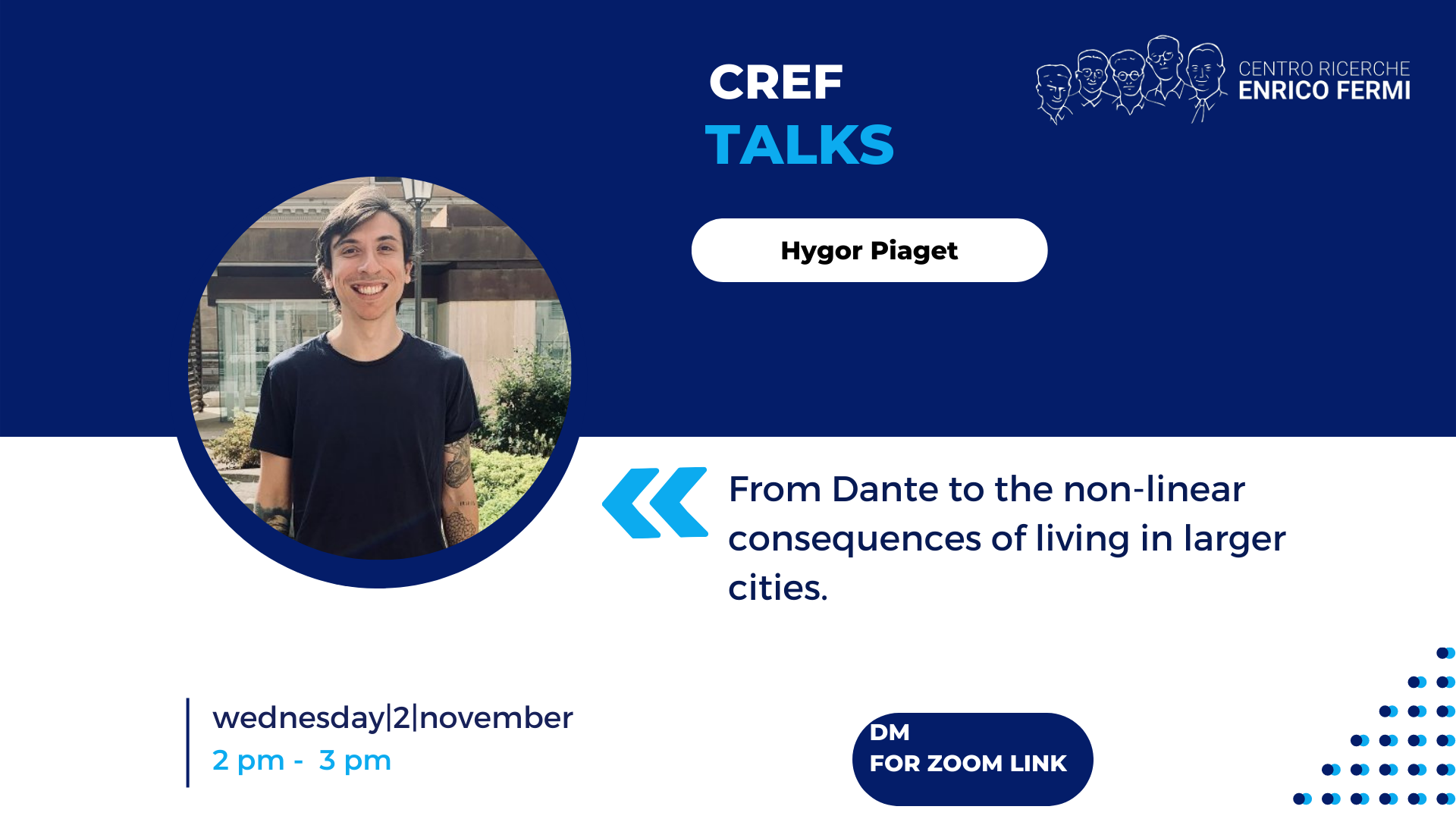 From Dante to the non-linear consequences of living in larger cities.

Urbanization is known to promote non-linear economic gains, mobility, and accessibility to resources, however, on the other hand, it can also generate higher levels of violence, crime, and pollution. The recent trend of increasing urbanization and high human mobility leads to the unavoidable question of comparing cities. For example, which city is safer to live in, big or small? While most of us might think this is an easy question to answer, here we are going to show that this is far from simple. But first, we will do a brief historical review of the origin of nonlinear scaling laws. Starting with how Galileo first developed a mathematical framework for the problem of equilibrium of structures by studying Dante Alighieri. He also noted that this same theory could be used to reason about differences in the size of animals. This revolutionary new view later developed into the theory of allometric scaling laws in biology and, more recently, in urban systems. Finally, we will discuss how this idea is being applied to study the social and economic properties of cities as a function of their population size and how this can be extended to measure accessibility.