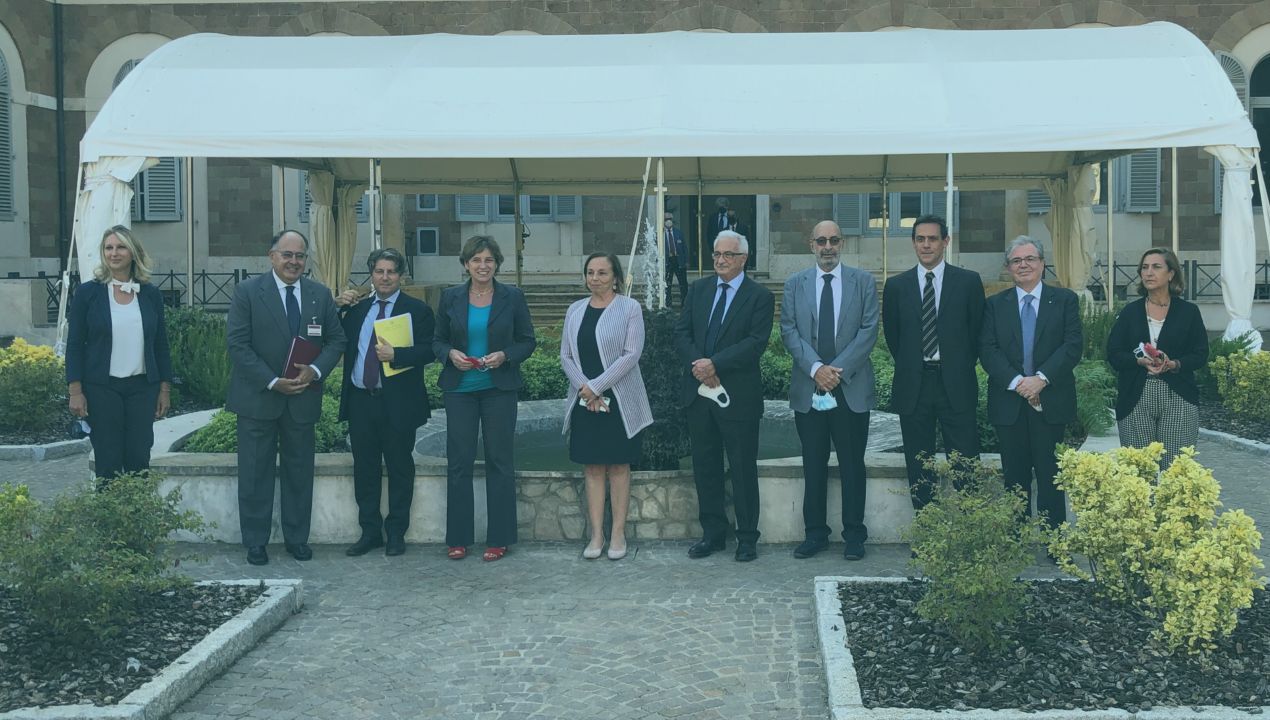 The meeting was aimed at developing the relations that CREF maintains with the institutions and to let the Ministers know directly what happens inside the historical building of Via Panisperna.

Francesco Sylos Labini, Director of Research and Director of the Historical Museum of Physics, and Fabrizio Coccetti, Director of Technology, accompanied the Ministers and their entourage on a guided tour inside the museum, retracing the stages of Fermi’s life and the fields of physics linked to him.

President Pietronero illustrated the scientific objectives of CREF, a scientific body whose mission is to promote interdisciplinarity, internationalization and technology transfer from research to industry.

The visit ended with the screening of La Particella Fantasma, a film project based on the mysterious disappearance of Majorana, sponsored by CREF and produced by Slinkset S.r.l of Daniele Occhipinti, who presented it during the meeting.

It was an honor for the CREF to receive an institutional visit of this level.