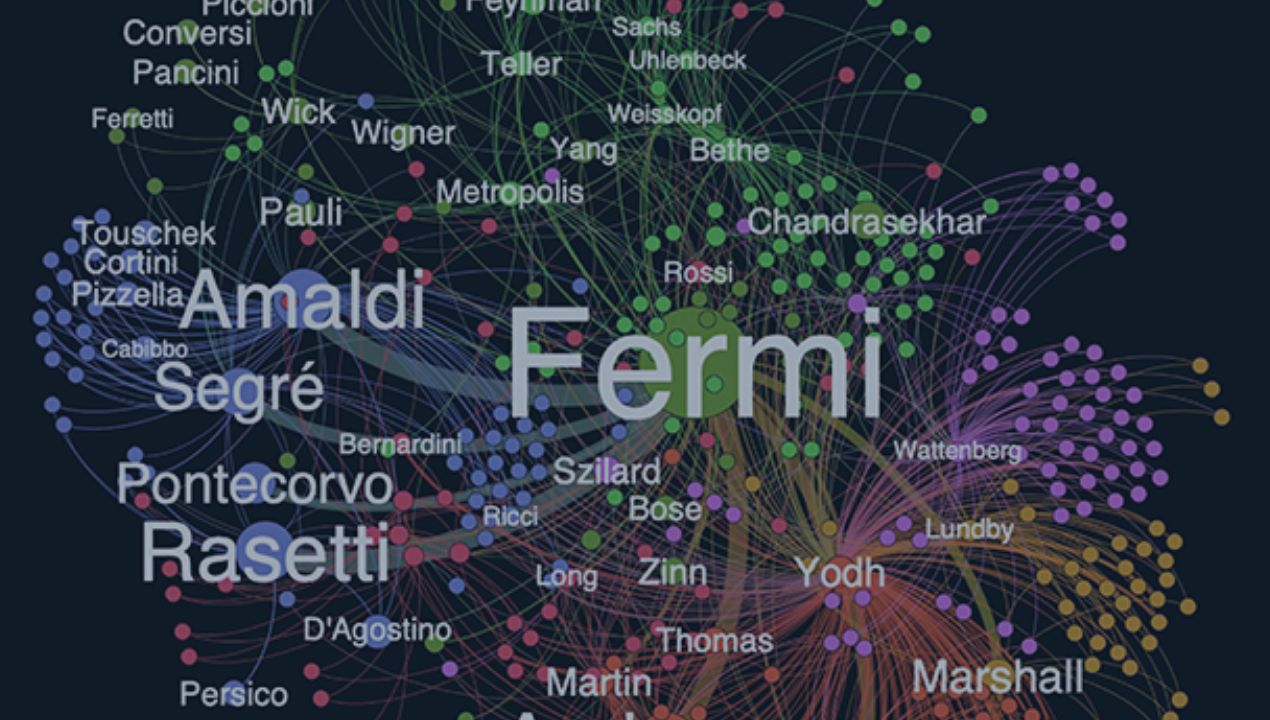 The network of collaborations of Enrico Fermi

This is an image that represents the network of Enrico Fermi’s collaborations, from those with his students to those with the most distinguished physicists of the time.

In the graph, each node represents a scientist. Two scientists are connected by a link if they are co-authors of the same scientific work.

The mapping of the collaborations was obtained by downloading from the Scopus databse (in which there are cataloged scientific articles) the co-authors (first neighbors) and co-authors of co-authors (second neighbors) of Fermi.

Since Scopus coverage is partial (especially for older papers written in languages other than English), the data has been integrated with the complete list of Fermi’s papers obtained by Francesco Guerra and Nadia Robotti.

In order to solve the many cases in which Scopus associates more than one identifier to the same scientist, scientists with no more than one character difference in their surname and initials strings have been merged in the same node.

The size of a node is proportional to the geometric mean of its PageRank and the number of collaborations of the respective scientist with Fermi. The color of the nodes represents the various communities in the network, identified via a modularity maximization algorithm.

The network image is created using Gephi software, using a Force-Atlas type layout, eliminating (iteratively) nodes with only one connection – except for a few hand-selected exceptions.