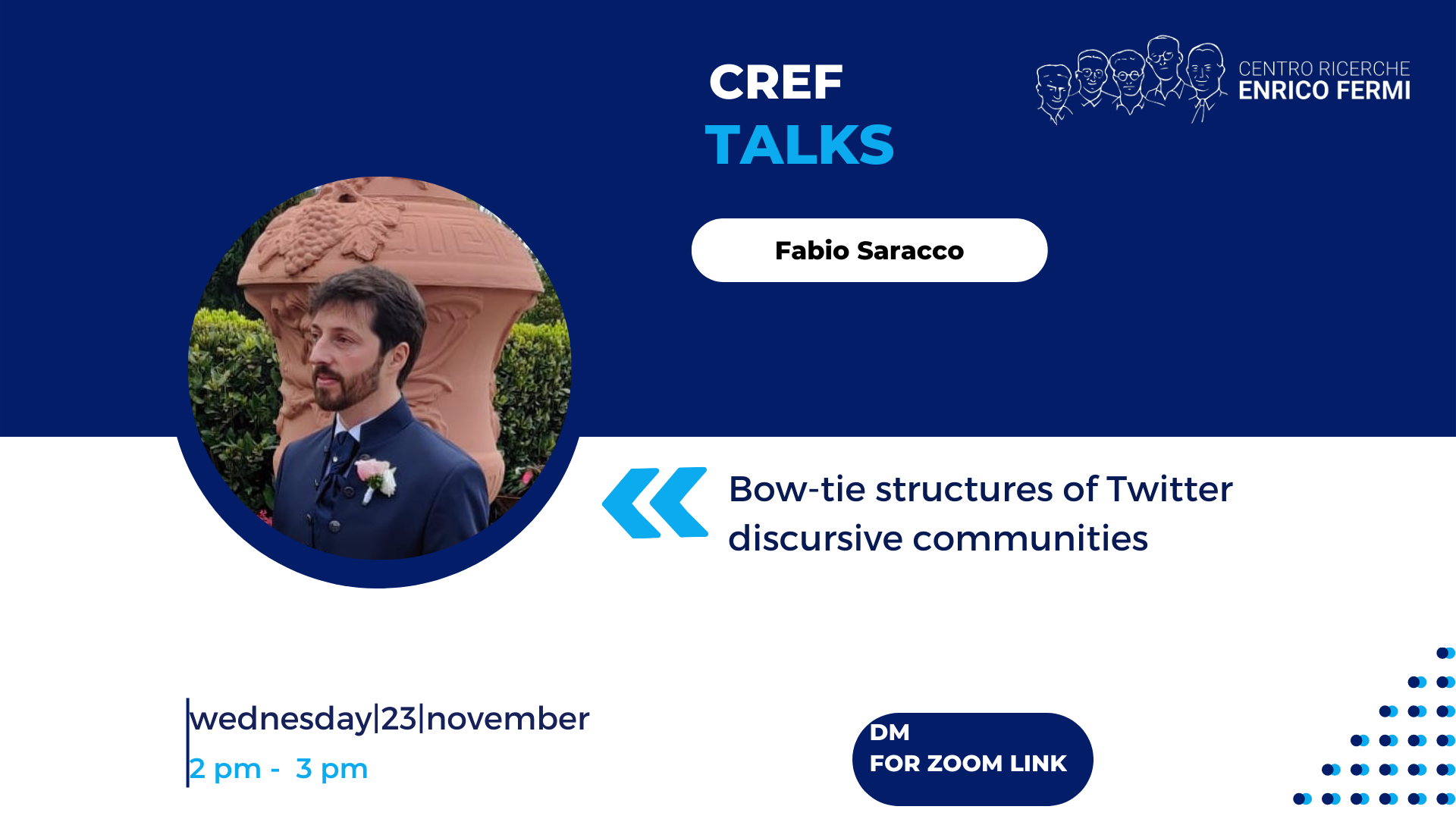 Bow-tie structures were introduced to describe the World Wide Web (WWW): in the direct network in which the nodes are the websites and the edges are the hyperlinks connecting them, the greatest number of nodes takes part in a bow-tie, i.e. a Weakly Connected Component (WCC) composed of 3 main sectors: IN, OUT and SCC. SCC is the main Strongly Connected Component of WCC, i.e. the greatest subgraph in which each node is reachable by any other one. The IN and OUT sectors are the set of nodes not included in SCC that, respectively, can access and are accessible to nodes in SCC. In the WWW, the greatest part of the websites can be found in the SCC, while the search engines belong to IN, and the authorities, such as Wikipedia, are in OUT. In the analysis of the Twitter debate, the recent literature focused on discursive communities, i.e. clusters of accounts interacting among themselves via retweets. In the present work, we studied discursive communities in 8 different thematic Twitter datasets in various languages. Surprisingly, we observed that almost all discursive communities therein display a bow-tie structure during political or societal debates. Instead, they are absent when the argument of the discussion is different from sports events, as in the case of Euro2020 Turkish and Italian datasets. We furthermore analyzed the quality of the content created in the various sectors of the different discursive communities, using the domain annotation from the fact-checking website Newsguard: we observe that, when the discursive community is affected by m/disinformation, the content with the lowest quality is the one produced and shared in SCC and, in particular, a strong incidence of low- or non-reputable messages is present in the flow of retweets between the SCC and the OUT sectors. In this sense, in discursive communities affected by m/disinformation, the greatest part of the accounts has access to a great variety of contents, but whose quality is, in general, quite low; such a situation perfectly describes the phenomenon of infodemic, i.e. the access to “an excessive amount of information about a problem, which makes it difficult to identify a solution”, according to WHO.