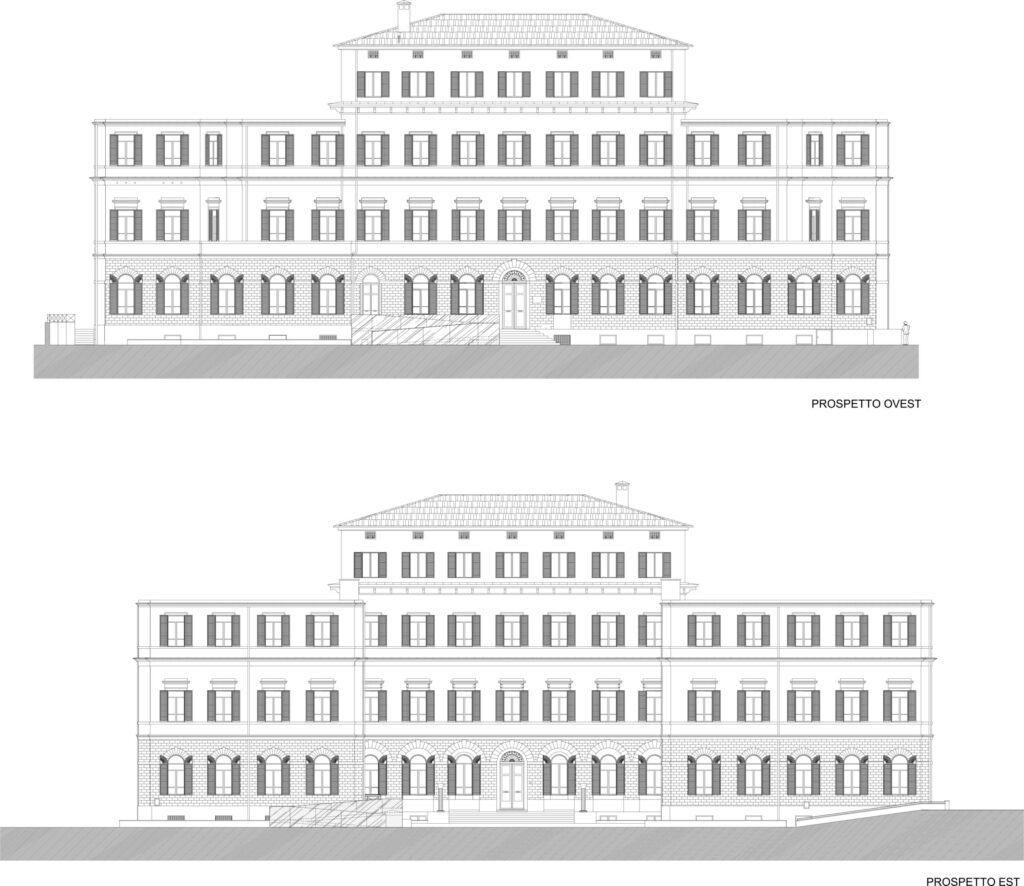 The Enrico Fermi Historical Physics Museum and Research Center (CREF) is housed in the building that was the seat of the historic Royal Physics Institute where the group of young physicists, gathered around Enrico Fermi, conducted the famous experiments on neutron-induced radioactivity, which were fundamental for the development of atomic energy. In this building, therefore, the history of not only physics but of the twentieth century itself has passed, a point of intersection between scientific discoveries and epochal events that marked the course of the last century. Due to its exceptional importance, in 1999 a law was unanimously voted by Parliament which established a new Research Body, the “Historical Museum of Physics and Enrico Fermi Study and Research Center”, supervised by the Ministry of the University, with headquarters institutional right in the building. The project for the creation of the new research institution and the related museum involved three other ministries besides the MUR: the Ministry of Economy which supports its activity, the Ministry of Infrastructures which has coordinated the restoration works of the building since 1999 to 2019, and the Ministry of the Interior to which the building was assigned from the post-war period to 1999. A further Ministry has so far only been partially involved, but greater collaboration is expected as soon as the Museum and the cultural initiatives connected to it are fully operational and it is the Ministry of Culture.

The CREF Museum intends to be the place of the Historical Memory of what happened in the 1930s in the building, of the fundamental discoveries of Fermi and of the boys of Via Panisperna and of their adventurous lives still harbingers of investigations and curiosities (think of the Majorana case which continuously inspires cinematographic and editorial works as well as media services), and also aims to become, thanks to the prestige of the building and its positioning in the Monti district, or in the center of Rome, the reference for the dissemination of scientific culture in the capital and one of the poles nationwide.

The Enrico Fermi Research Center (CREF) was founded in 1999, but only recently the complete restoration of the famous building in Via Panisperna was completed so that it can be used for scientific purposes. The goal was to return the famous building in Via Panisperna to a scientific use that would honor the memory of the fundamental discoveries of Fermi’s group that took place in this very building. The first step was to establish a museum with the original finds of Fermi’s experiments showcased via appropriate modern audio–video systems that would make the meaning of these historical events readily understandable to  new generations as well.

In addition to this dutiful homage to the heritage of seminal events, however, something more original and current was also thought of. Fermi was a scientist oriented to the future and to a particularly innovative vision of science. From this perspective it was decided that, in addition to the historical aspect reflecting the past, CREF also has its own research activity oriented to the present and the future. As in Germany, for example, the memory of Max Planck is mainly honored by a large network of prestigious scientific institutes, so it was proposed that CREF also become a nucleus of particularly original and innovative research, precisely in the spirit that characterized Enrico’s activities.

The CREF must not merely replicate or collaterally support activities already being carried out by other institutions. When seeking to do something original and on a high level, even if on smaller dimensions, it is natural to focus on the new scientific issues that are appearing on the horizon with increasing frequency. Often these clusters are interdisciplinary in nature and often related to the field of ​​Complex Systems.

In the Italian scientific world, disciplinary groupings tend towards a sectorization of research that does not favor interdisciplinarity. On the other hand, it is clear that a small and agile CREF can play the role of quickly orienting itself towards new, particularly current and innovative activities. CREF can therefore seize this strategic opportunity to be an institution that stimulates innovative scientific issues, that is, an incubator for start-ups of a scientific nature. The elements that enhance this opportunity are the undoubted prestige of the CREF and its headquarters and also its limited size, which becomes an advantage to enable quick and effective decisions in identifying new strategic issues. From this point of view, however, the idea is to be totally open to new developments and proposals that can also come from the outside. As for the specific issues, it is clear that reference will be made to the principles and methods of physics but interpreted in a modern key and with a focus on social relevance and possible collaboration with companies and other institutions.

For example, Ettore Majorana, of the Fermi group, wrote an article in 1930 entitled “The Value of Statistical Laws in Physics and Social Sciences”. This visionary article, published posthumously in 1942, posed a challenge that is particularly relevant today, especially when considered from the perspective of Big Data. Therefore, in addition to themes that are characteristic of more traditional physics but selected for their originality, we intend to develop themes such as data science, Machine Learning and Artificial Intelligence, among which Complexity and Economic Fitness represent a very current example.