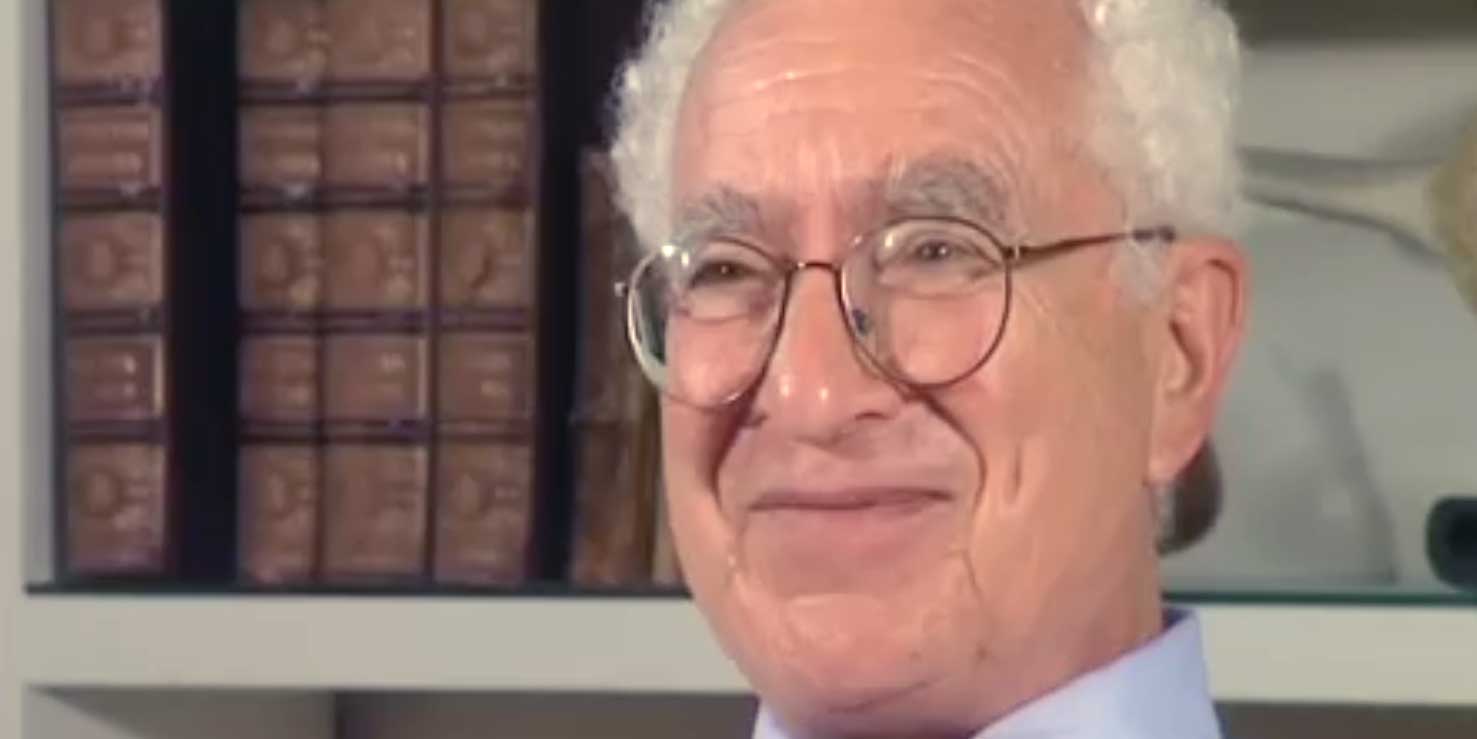 Murray Gell-Mann (1929-2019), a New York-based theoretical physicist, made fundamental contributions to physics, including the theory of quantum chromodynamics. He was awarded the Nobel Prize in Physics in 1969 for his work on elementary particle theory, and in particular on quark theory.

TRANSCRIPT: He kept a little notebook with useful formulas, which were all exact, perfect. Every factor two correct, every sign correct, every dimension correct, everything was right. He never put anything in his little notebook, which he carried with him, without making sure it was perfectly correct. And that allowed him to tackle a lot of practical problems on simple request, because he had worked them out before and some of the critical formulas were in his little book. Most of the things that he had thought of before in one way or another, most of the questions in physics were questions…were…were new forms of questions that he had already answered. And so if he was asked something, he would start at the top left of the board and write line after line and then later, maybe at the bottom right or before that, he would get the answer and circle it. And the answer was always correct; he never made a mistake.

A greater contrast with Viki Weisskopf could not be imagined. Everything Viki wrote was modulo a power of two, a pi power, a power i; the numerator and denominator could very well be interchanged. I remember when in a nuclear physics class he tried to derive the resonance formula….

The Breit-Wigner formula, which in atomic theory was called the Weisskopf-Wigner formula. Breit and Wigner generalized it to nuclear theory, but it was exactly the same formula as the Weisskopf-Wigner formula in atomic theory. Well, he got it all wrong, completely wrong. The — the numerator was in the denominator, the denominator was in the numerator, the sign was wrong, the values, there were factor twos and pi factors floating around. So he said “Well,” he said, “this time I didn’t prepare, I have to admit I didn’t prepare this lesson, so… but next time I’ll come prepared and I’ll deduce it correctly.” Well, he came the next time and tried to derive it and failed again.

Now, of course, every student in that class learned how to derive the formula. So that was much more effective than Julian Schwinger’s linear presentation, which really didn’t leave you learning anything because he glossed over all the difficulties and just presented a very fluid picture of what was going on. It didn’t leave you with much idea of how to do it yourself, whereas Viki’s mistakes were very educational. Now Fermi derived everything exactly but he was not a formalist at all. He simply calculated things, usually using arithmetic, and got the answer by some trick that was very, very simple.

However, it was a trick, and it was based on the fact that he had already solved the problem several times in different ways and had put the answers in his little notebook. So that it was kind of hard to learn from him also because you would have to come up with that trick, which wasn’t necessarily that easy, if you had to do the problem yourself. He wouldn’t set up a problem in a general way so that you would immediately realize that you had solved it the same way. He had his own little trick, which you would have to invent yourself to solve the problem yourself. Anyway, everything was fine. But if you asked him a question for which he didn’t know the answer, then things became much more difficult. He wasn’t very happy about it and the discussion became difficult, and very interesting, but difficult.

And of course I asked him quite often things that he didn’t know, questions that he didn’t really know the answer to, and as a result we had some very interesting discussions.